Compound bows offer approximately twice the power of a regular recurve bow by including a system of pulleys in their mechanics. They are used both in target practice and for hunting.

However, are compound bows illegal? 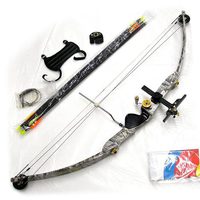 For some, they consider compound bows as extremely lethal weapons .If not handled properly, injuries or accident may result from using it. However, there is an apparent lack of laws that regulate their sale and use. They are simply weapons that should be handled with care that the laws don’t really touch.

Compound bows are still legally available for purchase in store and online. Compound bows may be considered as part of broader consultation when comments are sought on the review from the general public, license and permit holders and government agencies.

This is because animal welfare authorities are at a loss to explain the cruelty that is injuring and killing some of Australia's native animals. Shooting an animal with an arrow is illegal in NSW under the National Parks and Wildlife Act and the Prevention of Cruelty to Animals Act.

In Case of Emergency

Should there be an emergency when you conduct shooting, make sure that you gather all of the information you can from anyone that was involved in your injury. This means that you should get the addresses, names and phone numbers of the party that injured you or that you have injured as well as any witnesses that were on the scene. You should also take note of anything that is said during the time of the accident. You should also check your personal household and public liability insurance policy; you may not be covered for such an activity.

Be aware, when engaged in archery activities on private property, although there appears to be no specific laws covering this activity, action could be taken by Police following a complaint resulting in charges for Making a Public Nuisance, Discharging a Weapon or Endangering Public Safety.

Now going back to the question of the legality of compound bows, what we can tell you is that: No license is required (as far as we are aware) to use your archery set to hunt animals, for example. There are laws, of course, about what animals can be hunted and where they can be hunted and the humane treatment of even feral animals, but no laws at this stage relate to limitations to using some kind of archery set be it a compound bow or longbow/ recurve bow for the use of hunting. This means that you are allowed to hunt (usually just feral) animals on private property given permission by the land owner and even on government land and reserves so long as you arrange the correct documentation and permits.